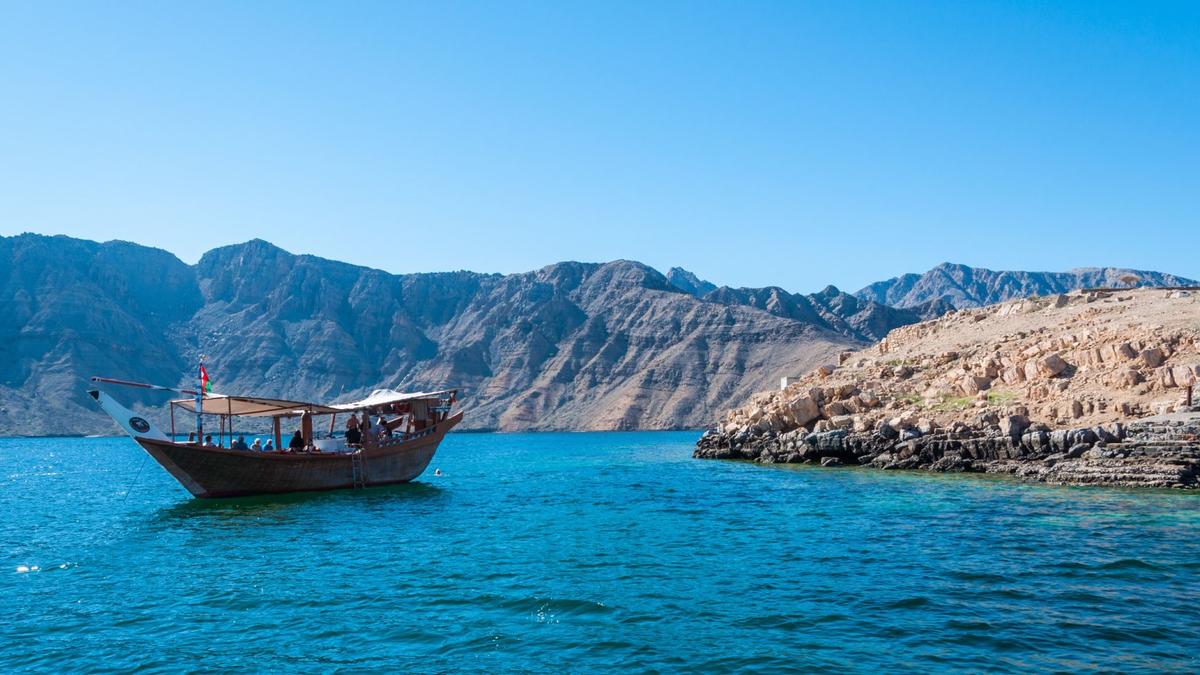 Your tailor-made Oman tour takes you to Seeb, which was traditionally the golden suburb of Muscat where the rich merchants had their holiday homes. It is a fishing and market town with a long High Street and an excellent fruit and vegetable souq. On the beach, fishermen haul their daily catch of tuna, mackerel, prawns, sardines and sometimes young sharks, for the daily morning auction.

Your next stop is Bait Na’aman, a resting place for the rulers of Oman in ancient times. It was also used as a halfway house where the royal family and their entourage rested when they traveled from the then capital of Rustaq to Muscat. It stands in a small courtyard with shady trees. Most of the rooms are constructed with a defense facility of escape channels underground, in case of attack.

Your journey continues towards the Al Hajjar Range and at the foot of these majestic mountains and guarding a sprawling oasis and extensive date plantations stands the fully restored fort of Nakhl. The imposing fort towers above the town and is an impressive sight, set on a rocky outcrop surrounded by date palms. It consists of concentric fortified areas, each with its own massive door and defensive walls and is considered to be invincible. From the cannon tower the view is breathtaking: over the Nakhl oasis, and towards the pale grey limestone peaks to the east and the low brown rocks to the west.

The hot springs of Al Thowarah on the far side of the village are approached via a narrow winding road through date plantations. The brook runs full of clear spring water, the source of which is the clefts in the mountainside. The water temperature is about 40 degrees centigrade and is warm and soothing.

Rustaq has been home to some of the famous rulers of Oman and is still one of the largest towns of Oman. It has a fort, modern souq and hot springs-reputed to have medicinal properties. The four-towered fort that stands today was built by the first ruler of the Ya’aruba dynasty who moved the capital of the country from Bahla to Rustaq in 1650.

Enroute to Muscat the square fort of Al Hazm with its ancient cannons watching over the surrounding Batinah plains is famed for its enormous carved and brass studded doors. There are even secret underground passages within the fort. The arches and pillars inside and the intricate carvings of doors and pillars make this a graceful though functional building. Continue back to the main road and on to Muscat.