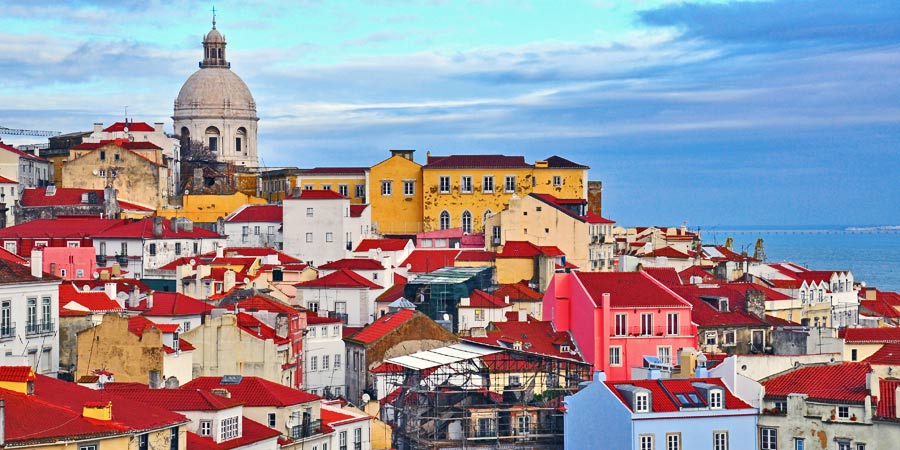 Lisbon, the capital city on the coast of Europe, offers its visitors spring scenerysince the very early beginning of March, when it becomes“flooded” with sunny daffodils. It displays a relaxing atmosphere that urges you to drink your coffee on a terrace in the historic center and enjoy the testaments to the era of the world’s greatest geographic discoveries.

When you go to Lisbon, you should not expect to find wide boulevards as you do in Paris, but rather winding and picturesque streets, squares from the eighteenth century shrouded in a romantic atmosphere, azulejos (painted ceramic tiles specific to Lisbon) and thenationally representative Fadomusic. All these make Lisbon one of the best travel destinations in Europe.

The spectacular sights of Lisbon includethe Belem District, the Belem Tower (Lisbon’s emblematic monument and the starting point of many of the expeditions that ended with breakthroughs), the Carriage Museum (a very visited sight, which houses one of the most valuable collections of this kind) and Alfama, the oldest district of the city, with a maze of narrow streets, sending you back in time to the eighth century.

The Belem district has witnessed the most important events in the history of Portugal, and now houses the most attractive sights of the capital. The Jeronimo Monastery is one of them and it impresses for how huge it is. Due to its size and architectural beauty, it is a compelling symbol of the power of Portugal, recognized as such and listed in the UNESCO World Heritage. Besides the wealth of its interior decoration, the monastery houses the tombs of two key figures in the history of Portugal: explorer Vasco da Gama and poet Luis de Camões.

Another sight to be seen in Lisbon is theBelem Tower, built between1515 and 1521 to defend the city’s estuary. Designed by architect Francisco Arruda, it has multiple influences – Moorish,Manuelian and Venetian. In time, it has played many different roles, froma checkpoint station and telegraph to a lighthouse and even a political prison. Today it is part of the UNESCO World Heritage as “reminiscent of the great maritime discoveries that laid the foundation for the modern world”

Alfama is Lisbon’s most picturesque neighborhood. Its name comes from the Moorish word “Al- hamma” meaning “baths” and from the labyrinth of ancient streets on whichFado musicresounds. Although today it is a charming medieval district, in the beginning it was a slum for sailors and docks workers – anarea with a very bad reputation. Above all things evil inAlfama, the voice of the wives of sailors who left them waiting, while they navigated to distant lands,arose. Thus Fado music was born, which is best described through the Portuguese term “saudade”, meaning a permanent loss, combined with nostalgia and longing.

Gothic cathedrals, majestic monuments and monasteries all define this charming town. However, the real pleasure in discovering Lisbon is when you wander the hidden alleys and streets of the city’s historic neighborhoods.
Without a doubt, Lisbon is an incredible destination, worthy of taking into account when planning a vacation abroad. You will certainly not get bored, because this city has a lot to offer.

« Amsterdam, the Land of Forbidden Pleasures
A Guide To Spending A Lovely Vacation Along The Beautiful Kent Coast »