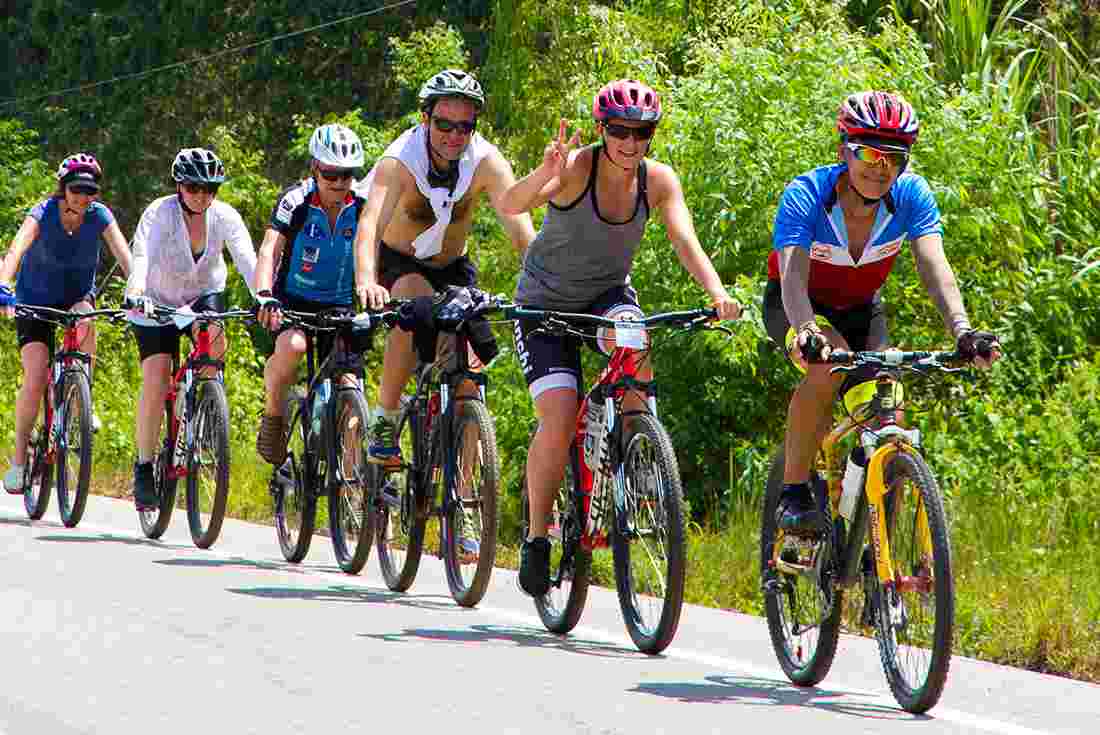 Some places of the world have attempted to re-popularize bike riding to promote physical fitness and reduce traffic. Paris has experienced massive success with its automated bike rental stations known as Vélib, where you rent a bike, ride to your destination and then just return the bike to the nearest station (and they’re everywhere), only paying for the time you use. If you happen to be walking the streets of Amsterdam, you’ll need to keep an eye out for bikes. There are swarms of them riding quietly along the cobblestone streets, and the insistent ringing of bells to warn walkers to get out of the way is a common sound. Seeing a new place by bike is perhaps one of the best ways to do it. You can explore at a leisurely pace while remaining mobile, and you still experience all the sights and sounds that you might miss if you’re being quickly whisked along by bus or train. A bike tour of Cuba is a once in a lifetime experience, and while you can often see small craggy mountains in the distance, most of this beautiful country is wonderfully flat and easy to ride.

How Fit are You?

Remember that Cuba is warm all year round with a tendency to be rather humid, so if you’re not so physically fit or haven’t been on a bike in years, you might find the experience to be quite tiring, so don’t overdo it! A Cuba group tour that offers bike riding expeditions might be a good idea, since they’re specially designed to offer a relaxing way to enjoy the countryside, rather than an exhausting cross country trek. These tours are tailored to cater to different ages and levels of fitness. They also take care of things that you might not think about, like the weather, and it’s important to remember that there can often be evening storms from June to November.

Cars vs. Bikes in Cuba

It’s one of the clichés about Cuba that the roads are free of new cars zipping along at high speed. This, however, is true – there really aren’t so many cars on the road. Even in a relatively large city like Havana, you won’t encounter many traffic jams, and on some country roads, you might be more likely to see cart being pulled by a horse rather than anything with a motor. You’ll find that many locals use bikes to get from place to place, so Cuba is a country where drivers are used to bike riders and treat them with courtesy, allowing them enough room to get by.

When on a bike in Cuba, you might see that the locals actually ride their bikes along the middle of the street, which can be a little unsettling if you’re not used to it. If in doubt, just stick to the usual traffic laws of the country, which means you should ride on the right of the street. You don’t legally need to wear a safety helmet, which can be great on a hot day, but if you’re not experienced on a bike, it can be a very good idea. The streets in the towns and cities are very well maintained, but be sure to watch out for potholes if you’re riding in the country (and also manure from those horse drawn carts!).

Even if it’s just an afternoon being guided around some fascinating sites on bike or riding from one side of the country to the other (go from north to south – it’s the narrow part of the country), a bike tour in Cuba will be an unforgettable experience. And then afterwards, perhaps you can relax with a glass of rum and a Cuban cigar… after all, you’ve earned it.